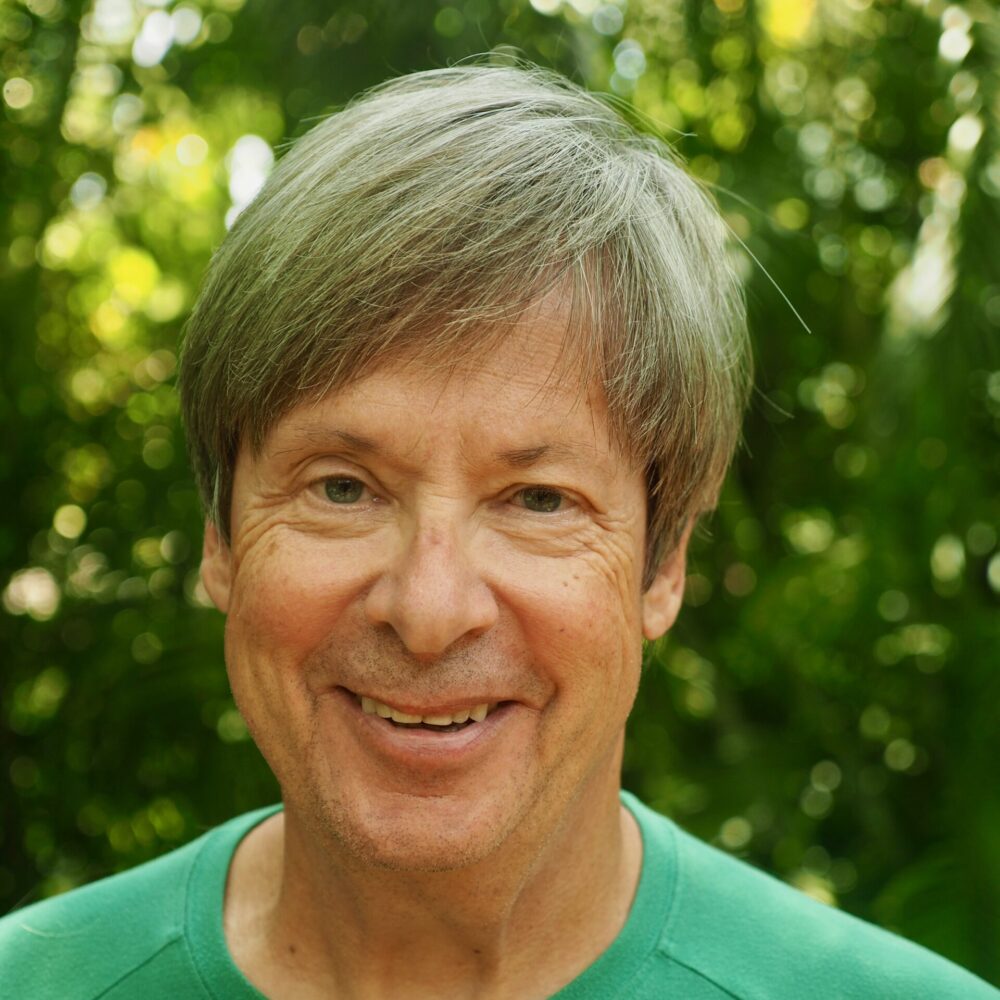 Dave Barry is a Pulitzer Prize-winning humorist. For many years he wrote a newspaper column that appeared in more than 500 newspapers and generated thousands of letters from readers who thought he should be fired. One of Barry’s columns was largely responsible for the movement to observe International Talk Like a Pirate Day every year on September 19. This is probably his most enduring achievement.

Barry has written many bestselling books, including Lessons From Lucy and the novels Big Trouble, Lunatics, Tricky Business and Insane City. Two of Barry’s books were the basis for the CBS sitcom Dave’s World. With co-author Ridley Pearson, Barry wrote the young-adult series of Starcatchers novels for Disney Publishing. The first book in that series was adapted by Rick Elice as a Broadway play, Peter and the Starcatcher, which won five Tony awards.

Barry’s latest novel, Swamp Story, will be published by Simon and Schuster in May of 2023.

Barry plays guitar in the Rock Bottom Remainders, a barely competent rock band made up of authors, sometimes including Stephen King. The city of Grand Forks, North Dakota, named a sewage lifting station after Barry. Very few living authors can claim this honor.

Barry lives in Florida, and he likes it there despite what everybody says.

WHY HE’S JOINING US

Dave Barry is not only a Pulitzer Prize-winner and bestselling author, he is also one of the funniest people in America. And let’s face it—these days, we could all use a laugh. He has a new novel coming out in May 2023 and, and in the words of his pal and fellow Floridian Carl Hiassan, “Before you open this book, ask yourself one important question: How hard do I want to laugh?”

Barry’s latest novel, “Swamp Story,” will be published by Simon and Schuster in May of 2023. Pulitzer Prize-winning New York Times bestselling author and actual Florida Man Dave Barry returns with a Florida caper full of oddballs, twists, and turns.
Buy It Here