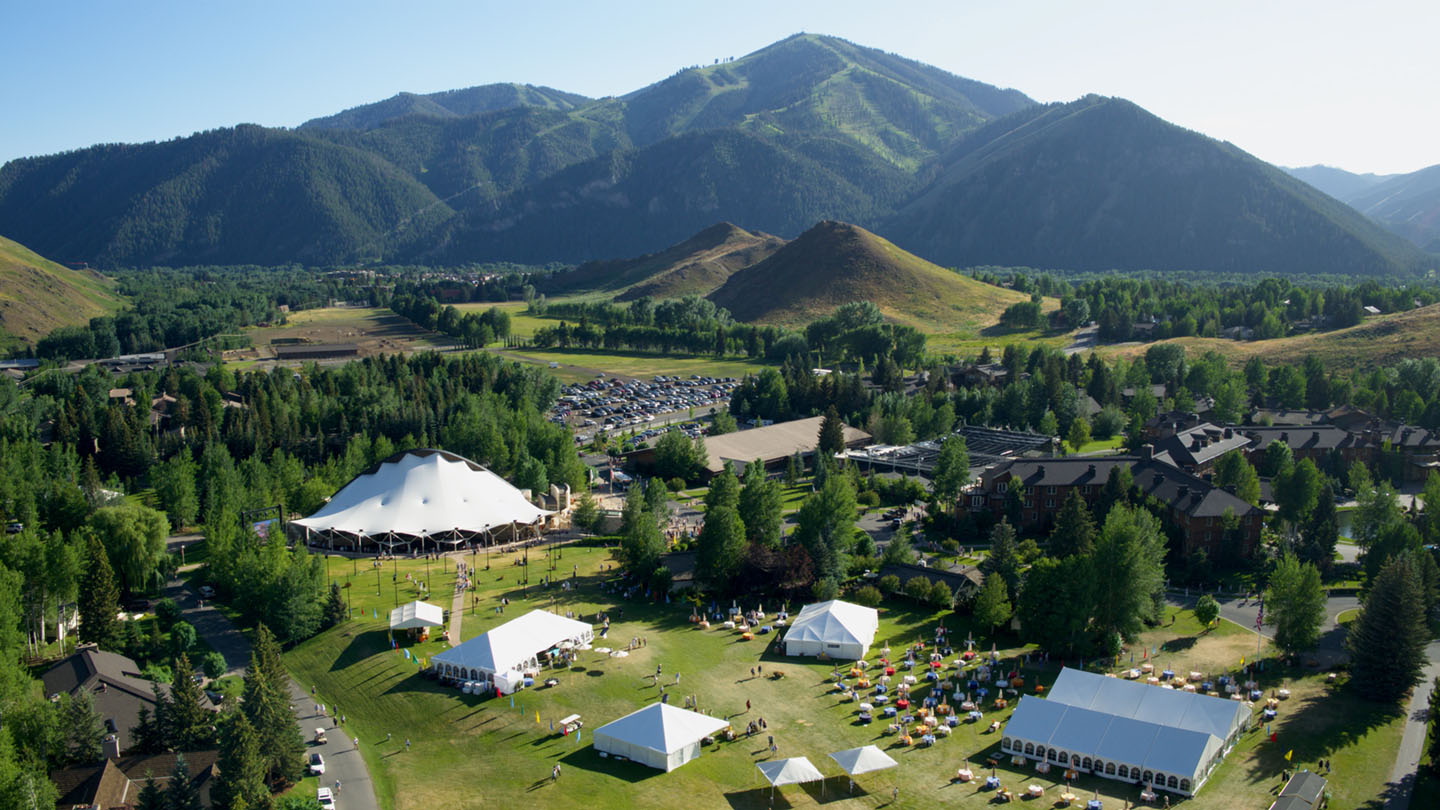 The 2023 Sun Valley Writers’ Conference is slated for July 22-24 at the Sun Valley Resort & Pavilion. As we continue to build our program and add new writers, we wanted to give you a sneak peek at the powerhouse of talent that will be joining us next July.

Be sure to mark your calendars and check your emails as we continue to add new presenters!

Sneak Peek at Our Program

See below for a snapshot into our 2023 program!

National Humanities Medal winner ABRAHAM VERGHESE will talk about his new novel The Covenant of Water – his first since his beloved international bestseller Cutting for Stone was published 13 years ago.

EMILY ST. JOHN MANDEL, whose novel Station Eleven – about a travelling Shakespeare troupe whose members are piecing themselves together after a world-annihilating flu – became a phenomenon on both page and screen, will talk about her acclaimed new novel, Sea of Tranquility.

MOSHIN HAMID’s novels, including Exit West and The Reluctant Fundamentalist, have won many awards and been translated into 40 languages. He will discuss his new, much-celebrated novel, The Last White Man.

CURTIS SITTENFELD has been a literary star since her first novel Prep hit the bestseller lists in 2005. Her latest, Romantic Comedy, is exactly as advertised – romantic, funny, and pure Sittenfeld.

Named one of the 10 best books of 2022 by The New York Times, HERNAN DIAZ’s Trust is the novel that readers and critics can’t stop talking about: a brilliant historical tale about money that is also a mystery and a literary magic trick all in one. How he did it nobody knows – except the author himself, who will unpack his wonder cabinet of a book before your very eyes.

When Pulitzer Prize winner and former U.S. Poet Laureate TRACY K. SMITH reads and discusses her brilliant poems, she brings every listener unforgettably into the heart of the poetic experience.

Pulitzer Prize-winning, bestselling author DAVE BARRY has a new novel out. He also happens to be one of the funniest people in America. To quote his pal and fellow Floridian Carl Hiaasen, “Before you open this book, ask yourself one important question: How hard do I want to laugh? Because (a) it’s Dave Barry, and (b) it’s Dave Freaking Barry.”

It seems like every book that award-winning New Yorker staff writer DAVID GRANN writes (Killers of the Flower Moon, The Lost City of Z) turns into a massive bestseller and then into a major movie or TV series. Grann is one of our most talented and thrilling chroniclers of true stories of adventure, endurance, bravery, hubris, and moral conflict – the kind of stories you can’t stop reading and can’t forget. He will tell us about his latest riveting work, The Wager: A Tale of Shipwreck, Mutiny and Murder.

Is there a more necessary historian for our present times than Pulitzer Prize winner ANNE APPLEBAUM? In addition to her regular pieces in The Atlantic, Anne’s last few books offer the full range of her authoritative brilliance: Red Famine: Stalin’s War on Ukraine; Iron Curtain: The Crushing of Eastern Europe 1944 – 1956; Gulag: A History; and now her latest, The Twilight of Democracy, in which she explains, with electrifying clarity, why some of her contemporaries have abandoned liberal democratic ideals in favor of strongman cults, nationalist movements, or one-party states.

The current gold standard in the field of investigative journalism is The New Yorker staff writer and bestselling author PATRICK RADDEN KEEFE, whose award-winning book Empire of Pain tells the dark, riveting story of the how the Sackler family made tens of billions of dollars by essentially creating and feeding the world’s opioid epidemic.

Pulitzer Prize and George Polk Award winner and science writer ED YONG speaks about his latest bestselling book – An Immense World, a fascinating and deep dive into the extraordinary sensory worlds of other animals.

The New York Times reporter ANDREA ELLIOTT tells us the story behind the story of her Pulitzer Prize-winning book Invisible Girl, one of the most deeply reported, intimate, and empathetic portraits of the life of a poor Black child in urban America that has ever been written.

JAVIER ZAMORA’s astonishing Solito is the most memorable debut memoir since Tara Westover’s Educated. It tells the harrowing story of the author’s 3,000-mile, four-months long journey without parents or family from his tiny village in El Salvador through Guatemala, Mexico, and across the border into the United States when he was only nine years old. No better words can describe the experience of this book than those of novelist Emma Straub: “I read Solito with my heart in my throat and did not burst into tears until the last sentence. What a person, what a writer, what a book.”

Magical storytelling and visceral beauty combine in unforgettable ways, in bestselling author and former professional dancer JENNIFER HOMANS’ magisterial and deeply entertaining new biography of George Balanchine. Homans will talk – and dance – her way through the life of the most charismatic and transformative figure that ballet has ever known.

2023 Conference Passes will be sold online on a first-come, first-served basis. We have a limited number and, as in years past, we fully expect 2023 Conference Passes to sell out quickly (even within minutes). We will not be implementing a lottery system this year, so be sure to mark your calendars for February 16 at 10am Mountain Time! Full passes are $1,100 each and Next Generation passes are $500 each (age 35 and under). More details to follow.

DONOR PRIORITY PRE-SALE HAPPENING NOW!
Now’s the time to act if you would like to get early access and guarantee your passes! Join our 2023 Donor Benefit Program and get access to our Donor Priority Pre-Sale. Open now until January 31, 2023, this program allows you to purchase passes in advance of our general public pass sale in February, when passes sell out quickly. We recommend that you don’t wait—become a donor today!

It’s almost time! Passes for the 2023 Sun Valley Writers’ Conference will be available starting at 10am…

New “Beyond the Page” Podcast with Aleksandra Crapanzano